Due to the wide range of applications and high heterogeneity of Cyber-Physical Systems(CPS), system developers is hard to design among different domains in last few years. The main objective of our research is to propose a generic architecture for the CPS.      The purpose of our first year research is to design a common platform which can be reused in the new application areas based on our CPS design experiences in four different application. In second year, we'll implement the proposed architecture design.In third year, we will present and design processing kernels of CPS. 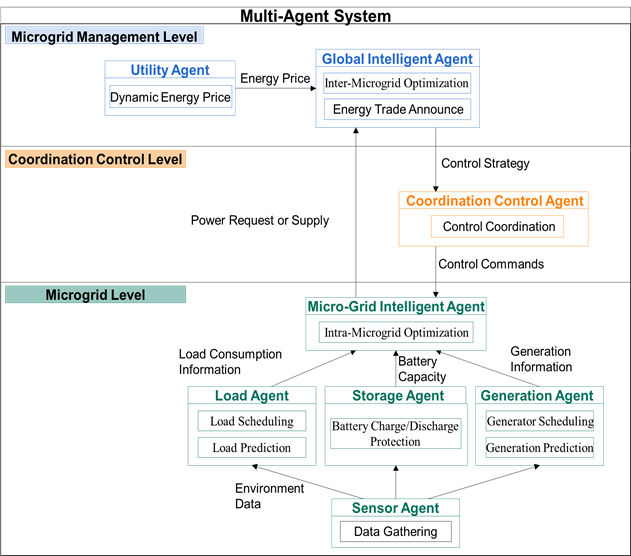 An important issue in an advanced distribution management system for smart grids is how to accurately predict future power generations and load demands because without such prediction distribution could be inefficient.

Further, for a stable and reliable smart grid, it must ensure that the power supply is sufficient for all micro-grids. Generally, power shortage is not allowed in smart grids, except in the case of power plant accidents. Therefore, on the condition of satisfying the given power demands, the goal is to reduce overall cost in the smart grids.

We propose a multi-agent system based smart grid framework, which provides not only a fair energy allocation mechanism for micro grids, but also the piecewise linear regression for prediction. To implement a simulation environment for real smart grid operation, we adopt the Java Agent DEvelopment Framework (JADE) toolkit to simulate the multi-agent based micro grids, and use Matlab/Simulink simulation platform to design and implement power generators and power loads. 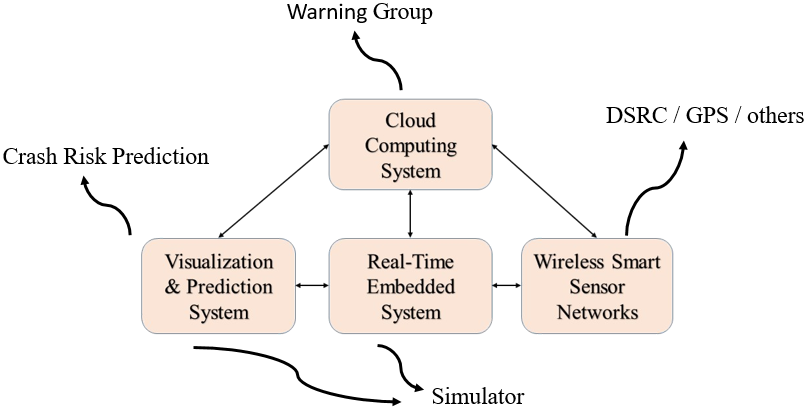 &nbspIn recent years, with increase in the number of vehicles, more and more traffic issues are becoming the focus of attention worldwide. One of the most important problems is traffic congestion. Currently, most traffic systems still use fixed-time setting for a very long cycle. These systems cannot dynamically adjust traffic light timing in response to unexpected situations such as traffic accidents, natural calamities, or sudden incidents. With advances in technology, traffic data such as traffic volume, speed, and waiting time can now be gathered by sensors or cameras. 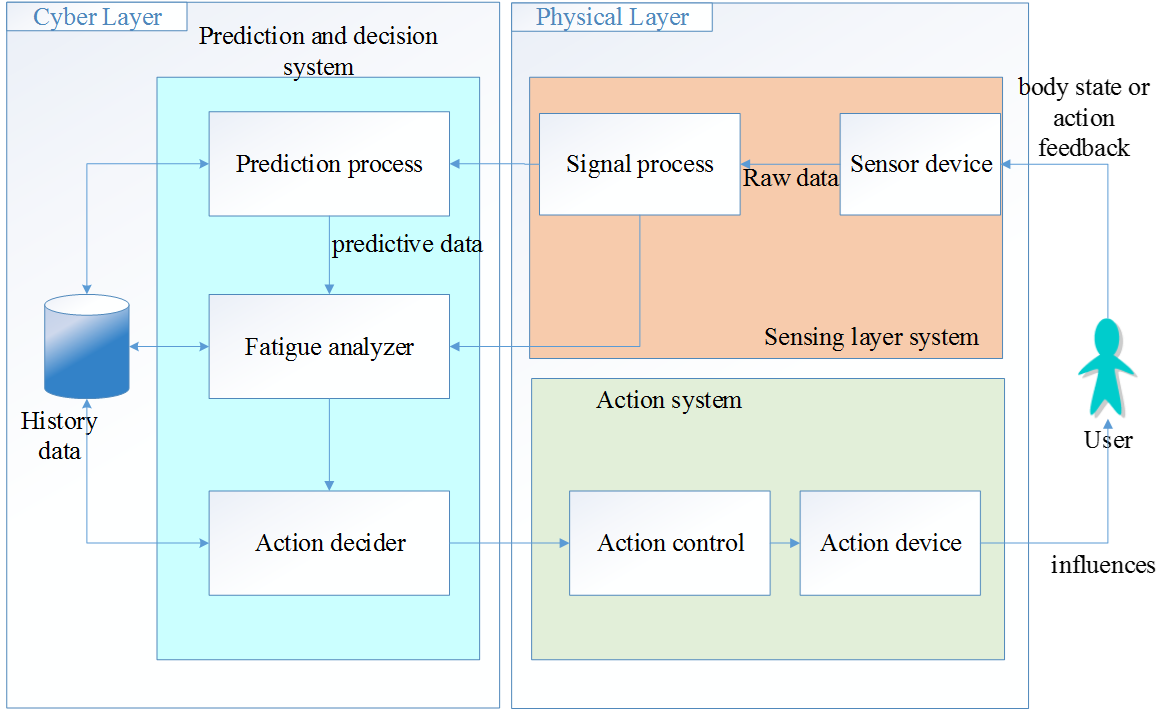 The driver's fatigue is one of the main causes of traffic accidents. Fatigue declines driver's responsiveness and attention that leads to dangerous driving behavior. This could raises the risks to driver itself and other pedestrians. If it is possible to detect the driver's fatigue immediately while driving, the driver is cautioned and warned other passers-by to be vigilant to increse overall safety of the traffic. It is urgent to design a complete fatigue driving detection system.

&nbspMost of the fatigue driving detection systems considers the fatigue accidents as a result of fatigue had been caused that leads to accidents.These studies mainly focus on detecting the current fatigue situation of driver. Therefore, even if the the system issued a warning can not guarantee whether the driver has energy to respond to the warning.

&nbspFatigue changes over time. Thereby, our study hopes to design an innovative prediction model based on the previous changes of drivers in fatigue and to predicts when will the driver be tired and can not driving normally. In order to improve traffic safety, we can obtain some reaction time in advance for drivers to plan the parking loaction to rest. 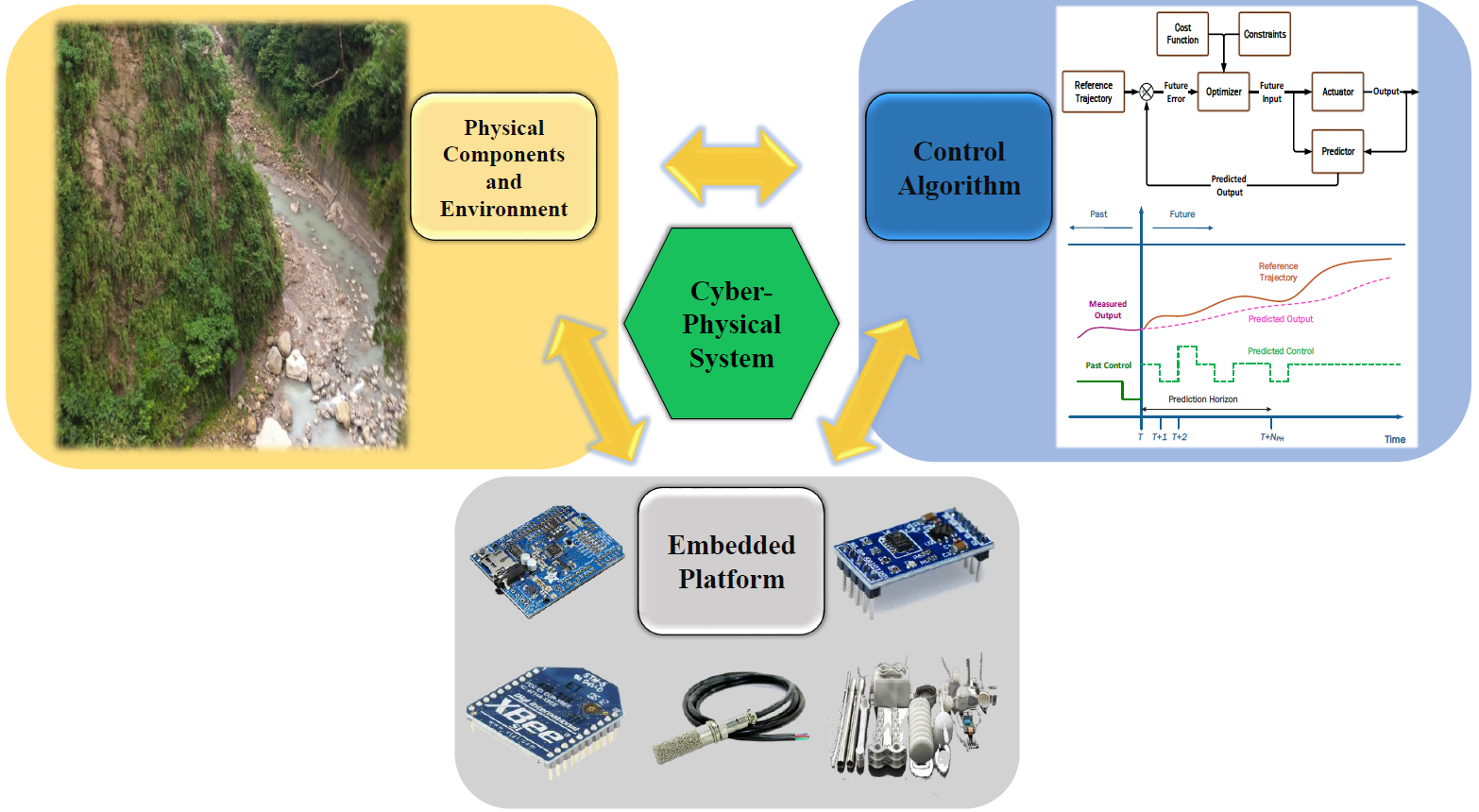 Landslide is one of the natural disasters that could cause huge damages to properties and great loss of life. Many approaches are proposed to detect landslide and monitor them. Though landslide detection could be done in real-time, there is still not enough time to adopt any reacting policy to keep human life and properties safe. In order to minimize the extent of losses caused by landslides, prediction and pre-alarm of the occurrence of landslides are necessary.      The main concern of a prediction system is to predict precisely. Thus, a well design prediction model is critical. However, the natural environment keeps changing with time and the environmental information is complex and changing. The learnability and adaptability of the prediction systems become critical features to guarantee prediction accuracy.      According to the above mention requirements of the prediction, artificial neural networks (ANNs) is a good solution to provide accurate prediction and high learnability in its train phase. A suitable architecture of ANN promotes the prediction accuracy.      We design a Cyber Physical System (CPS) of landslide prediction. The CPS can be sensitive to the environment changing and provide a suitable control by well analyzing the data from different kind of sensors. Thus, the energy saving and accurate prediction are guaranteed simultaneously.